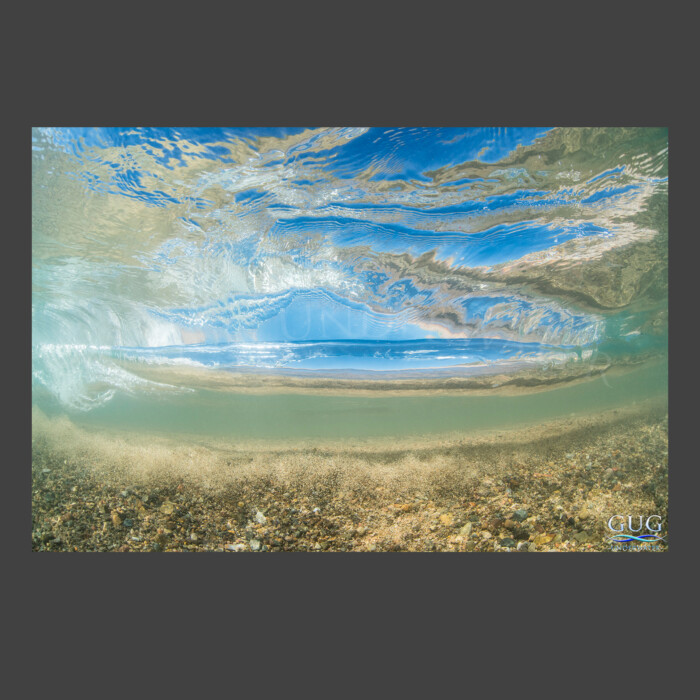 STORY:  On a pebbly shoreline, small barrels were lapping the shore.  I say small, but it’s still big enough to toss me around like a ragdoll, and send enough rocks smashing into my lens port to outright destroy it over this several-hour shoot, and this can be seen from the next frame from my camera which shows a mass of rocks smashing into the lens – quite an expensive day!!!  But these wave barrels were so clean, so perfect, and so shapely, that I could see the entire shoreline through it’s backside.

Before you settle on this image, make sure you check out New Wave, also in the Endless Summer Collection – while they’re distinct in tones and Window is more pebbles to New Wave’s sandy bottom, they have a similar enough feel that they both deserve a look.