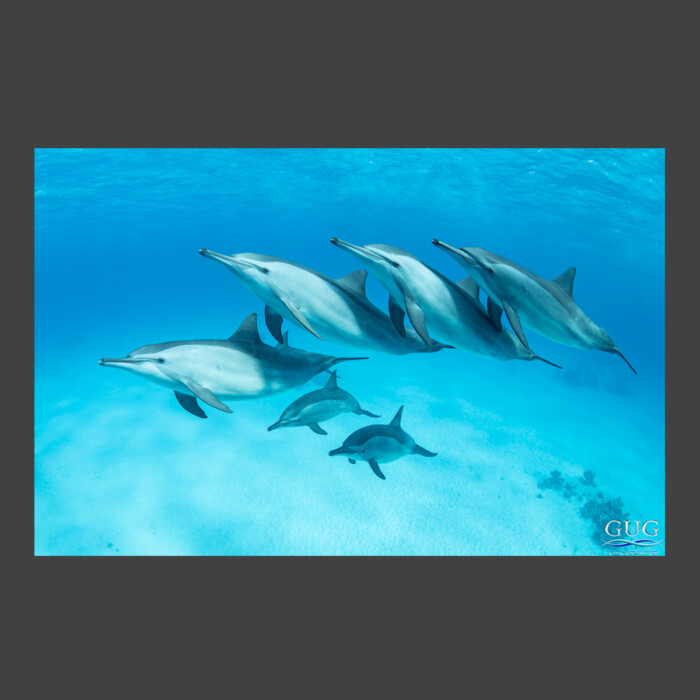 Story: Clear water, calm seas, and dolphins who actually want to play – that’s what I call a great day at work! For nearly three hours this morning, this pod of 25 kept me company, at first pinging me hard with their sonar and spinning circles around me, but soon, the excitement of their new toy faded (as did my adrenaline), and they began a slower, more relaxed, but still highly playful pattern of watching me from below for 3 minutes, then circle around me at the surface while breathing for 30 seconds. And that’s when I really started to get my photo-groove on and start to make a series of meaningful shots.

I was after an image that not only shows them looking straight into the camera, but also an image that shows the tight family bond that makes up their pod. We still have very little insight into the emotional connections between pod members, but when you witness moments like this, where they stick together like glue, with a obvious leader, and then just moments later, two of them break off in a squabble, only to nuzzle up against each other again 5 minutes later, it’s clear that they’re very much like us indeed. Accepting me into their family for just a few hours on this day was an emotional and once-in-a-lifetime experience…….at least until I do it the next time!